Google mobile indexing refers to your site’s mobile version appearing on the first page of a search. Google mainly uses the content in your mobile version to rank and index and it’s known as Google mobile first indexing. Initially, the desktop version was used for indexing, but that has changed because currently, most people are using mobile phones.

The change by Google is in its early stages and still under testing. It has been used in websites that Google deems ready for this change. From 1st July 2019, Google mobile first indexing will be set by default indexing for new websites and those that have never been ranked by Google. 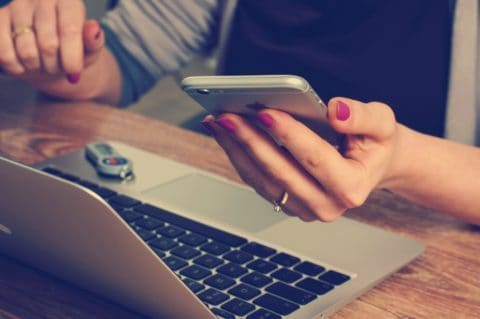 Older pages will be evaluated bases on their SEO practices and notification sent via Search Console when considered as ready. For you mobile site enjoy maximum benefits, you should check the following:

Most people tend to have better quality content in the desktop version site than in their mobile one. You should make sure the quality is impeccable and valuable. The format is also important and allows Google to crawl and rank the content. Include high quality images and videos to increase probability of appearing on the first page of a Google search.

Both your desktop and mobile versions should have the same structure. This includes the placement of URLs in the mobile version pages. You should not include unnecessary structuring to your data unless it’s relevant to particular page content.

Metadata is important in Google indexing. It includes meta descriptions and titles should be equivalent in pages for both desktop and mobile version. Do not use the same titles and meta descriptions. Mobile versions will do better in short title; you can do this without excluding some information or without eliminating relevant keywords.

The Hrefland was initially by Google in December 2011, the hreflang attribute allows the search engines the relationship between web pages in alternate languages. It’s useful when you’ve created content that’s specific to a local audience. Hreflang tags helps sites rank high with search engines and especially for mobile versions.

It sends users to content which is more relevant to them. It is also effective for a multilingual website.

Social metadata must be included in both desktop and mobile version. Examples include Twitter cards and OpenGraph tags.

Why Is Google Switching From Desktop To Google-First Indexing?

It is no secret, mobile use has increased over the last ten years. It is estimated that three billion people use mobile phones to online worldwide. This is the main reason Google has shifted to mobile devices websites.

It is making information portable; for you to benefit you have to take the steps above.

Google has a number of things that could hinder your website from being indexed. However, Google tells users not to panic about first mobile index. This search engine will be using a smartphone agent to index websites with the best practices. Nothing will change in websites without mobile versions.

This approach has been under experiment for a long time. They choose few sites they perceived to be ready and later on, there will be a wide roll out. According to Gary Illyes, it will take will Google several years before they can achieve an index of mobile-first only.

What Happens To Those Without A Mobile Version For Their Site?

If you are a website owner with a mobile version, your site will still be indexed. But, you will lose a chance to rank better especially with mobile phone users. It can affect the ranking of your desktop version too because it will be considered to have a poor user experience.

Do you need a big mobile site?

No. – The most important thing is to have great content. The competitive the niche you are in the more aim has to be a to create an impressive that you are an authority of your chosen area and your website needs to be a reflection of this.

Always ensure your webiste contains valuable and relevant content. If it’s too thin, your mobile website may not withstand the competition of other sites with crawlable content. That means, it will not rank well.

What Does it All Mean?

It is now a priority to develop your site to be 100% and friendly to be used on mobile devices.

Times have changed; you can no longer ignore your mobile.

This is the online platform that will give your business maximum exposure. If you want to enjoy the Google mobile first index benefits, reach the millions of people using mobile phones to shop or research online. The desktop version is not losing its magic as technology changes direction but Google is ensuring people get what they are looking for, and ensuring the websites are providing the solution appropriate for the device they are using for the searching

This site uses Akismet to reduce spam. Learn how your comment data is processed.